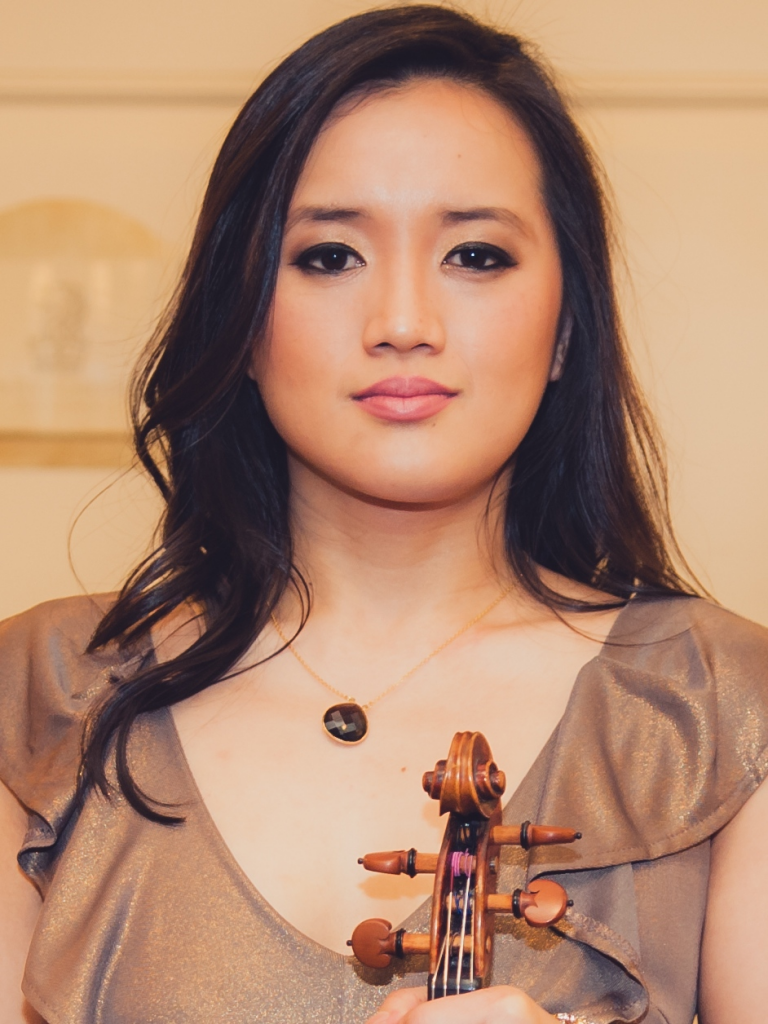 Newspaper
“Sew’s playing combines gravitas and passion with a pleasing grace and lightness of touch. Her musical partnership with Imai was sensitive and seamless.”
Wiltshire Gazette and Herald
"Sarah Sew, soloist in Tchaikovsky’s violin concerto showed a formidable technique, an earthy tone and a sense of tempo that made her intentions crystal clear. There were fine duets between first flute and soloist, a not too hurried canzonetta, and a brilliant transition into the finale, where Sew left the starting blocks with machine­gun precision. Matching her technique was a convincing account of the music, with subtle phrasing and sensitively paced rubatos."
HENLEY STANDARD
"Sew's outstanding abilities were exposed in a wonderful first movement cadenza; hitting the top note with a silken sensuousness, and throughout her performance offering both warmth and thrilling dexterity."
BOURNEMOUTH DAILY ECHO

Sarah studied with Maurice Hasson and Howard Davis at the Royal Academy of Music in London and Friedemann Eichhorn at the Hochschule für Musik Franz Liszt Weimar in Germany with the support of the Arts and Humanities Research Council, Countess of Munster Musical Trust, Martin Musical Scholarship Fund, San Martino Scholarship, Lynn Foundation and South Square Trust. Sarah graduated with a first class honours bachelor’s degree, master’s degree with distinction and discretionary prizes and honours including the DipRAM, D M Lloyd Prize, Lesley Alexander Award and Peter Latham Gift. From 2012–2016, Sarah was a Concordia Foundation Artist and Yeoman of the Musicians’ Company in the UK.

As a soloist Sarah has performed concerti by Bruch, Elgar, Mendelssohn, Mozart (No.3, No.5 & Sinfonia Concertante), Tchaikovsky and Vivaldi (Four Seasons) with various orchestras throughout the UK and Ireland. In 2012 she was rehearsal soloist for Pinchas Zukerman with the EUYO and in 2018 toured South America and China as Director of the EUYO, including performing as soloist in Recomposed Vivaldi Four Seasons by Max Richter.

Sarah is Artistic Director of Beckett Chamber Music Series in Dublin. She has worked as first violin sectional tutor for the National Youth Orchestra of Ireland since 2017. In August 2018 she took up the position of Professor of Violin and Head of Strings and Chamber Music at the Royal Irish Academy of Music. Sarah curates the RIAM’s annual chamber music festival, ChamberFest Dublin and directs its boundary-pushing mixed instrumental group, Ensemble Interforma.